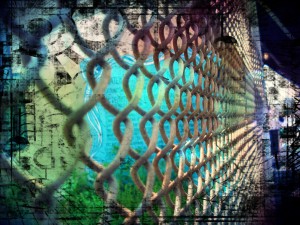 It’s been a few months since I saw the film Paterson.   But I am still in its spell.  Most of my coworkers had seen Fifty Shades Darker that weekend, and I’d seen Paterson.  The plot doesn’t sound like much – I realized that when I said it out loud.   A bus driver named Paterson,  in Paterson, New Jersey,  drifts through the dirty city every day, watching and listening, writing poetry in a small notebook, and goes home to a sweet  but odd young wife.  The dramatic denouement of the film involves a dog and misbehavior and I won’t spoil it here.

The film’s director, Jim Jarmusch, says  “I just wanted to make an intentionally slight, quiet little world of people that were centred in themselves and weren’t necessarily ambitious and had nice qualities and were creative and balanced and centred.”     And here may be where the connection lies.  I wouldn’t mind if he were describing me as an inhabitant of  that world.  I am a prose writer; never poetry.  But like Paterson, I listen and watch.   And I love the work of gifted poets.

I can’t remember when poetry hasn’t  been there in my  everyday life.   Its origin must certainly have been in childhood;  those rhymes and verses, heard over and over, subtle, like a heartbeat.   I recently wrote about my high school English teacher, Ed Brush, and the imprint he left in his students’ lives for poetry to fill.  Last fall, in preparation for a reading in his honor,   I read through six volumes of his poems,  looking  for three or four to read out loud. Pure joy.

In my post-religious years (which now number more than 50),   I find that I turn to poems when I am in need of spiritual reflection and guidance (“How To Regain Your Soul” by William Stafford);  a moment of meditation (“Commuter Buddhist” by Jeffery Harrison );  a blessing  on one thing or another (“Beannacht” by John O’Donohue);   a crash course in  patience and humility (“The Resemblance Between Your Life and a Dog” by Robert Bly); seasonal change (“Stealing Lilacs” by Alice Persons); when I need a reminder that there is much to be grateful for (“Thank You is its Own Kind of Light” by Esther Cohen ); navigating writers block  — such as the one that impeded this essay from being posted during National Poetry Month, which is April, in case you didn’t  know (“How to be a Poet” by Wendell Berry).  Upon entering the fourth decade of a marriage (The Country of Marriage” by Wendell Berry); for the long night that is the last night of a loved one’s life — I felt connected to centuries of others who have done this before us (“The Fat Old Couple Whirling Around” by Robert Bly); and for the next morning, the words of  Mary Esselman (“It was more like the tipping of an object toward the light”)

I begin every day by reading the poem offered up in The Writer’s Almanac, delivered to my email.  I save the memorable ones and recently figured out an origami  card in which to give poems as gifts.  The Turkish map fold opens dramatically, as the contents deserve.    I love it when I am surprised by a poem in an unexpected place, like the subway placards in New York or DC transit cars, or the occasional  found poem on a public Marquee

Some secret poetry wag in our office building posts “Random Acts of Poetry” in the odd corner.  One of my favorites:  A poem called  “Bottled Water “ taped to the beverage vending machine.   When our writer friend Troy stayed in our “Writers Garret” a few years ago, while he worked on a book, we’d often find a magnetic poem composed on the refrigerator.  For years, when one of my professional duties was to serve on the HIPAA Compliance Committee,  we somehow fell into the practice of opening each meeting with a Haiku – that weightless and disciplined form was such a brilliant counterpoint to the mangled language and run on sentences of federal health care regulations.  A small example:

No one hears HIPAA

Questions shouted in the forest

These are the quintessential poems for ordinary days and mundane moments.

And then there are the special occasions

I vividly remember hearing   Elizabeth Alexander read  her poem, Praise Song for the Day, written for Obama’s first inauguration in 2009.  That’s when I learned that an occasional poem was not in fact one written once in a while; but rather composed for a special occasion.

We have been the recipients of a series of beautiful occasional poems in our family.  Our dear friend Fred Zydek, a prolific poet until his death last year, composed and read  poems for our wedding; for  the births of our children;  for the sad occasions of parents’ deaths; for the giving away of their accumulated possessions; for our children reaching adulthood; for making it to middle age and beyond. 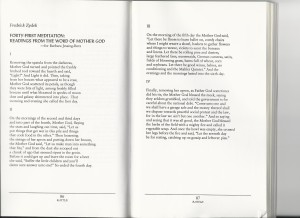 And there are the occasional poems we need like an anchor in times of  disaster, personal or epic,  that soften  the sharp edges of  fear. Today, I am hoping I do not need a poem with which to huddle  after the “fire and fury like the world has never known”.  That’s our reckless  death-wish  President in the headlines this week,  provoking reckless death-wish North Korea.   Mother God would not be amused.

Till then, I will be thinking like Paterson, gliding through the world, quiet  and observant.   In the words of Parker Palmer, “Rest for a Moment in a Poem’s Peace”.

This entry was posted on Thursday, August 10th, 2017 at 12:49 pm and posted in Uncategorized. You can follow any responses to this entry through the RSS 2.0 feed.
« An Omega 3 Capsule and One Poem a Day
I’d Like to Have a Word…. »